After reviewing more than 200 scientific papers citing the term “fintech,” the most comprehensive scientific study on the definition of fintech concludes that “fintech is a new financial industry that applies technology to improve financial activities.”[3]

Financial technology has been used to automate insurance, trading, and risk management.[4]

The services may originate from various independent service providers including at least one licensed bank or insurer. The interconnection is enabled through open APIs and supported by regulations such as the European Payment Services Directive.[5]

In the Asia Pacific region, the growth will see a new financial technology hub to be opened in Sydney, in April 2015.[10] According to KPMG, Sydney’s financial services sector in 2017 creates 9 per cent of national GDP and is bigger than the financial services sector in either Hong Kong or Singapore.[11] A financial technology innovation lab was launched in Hong Kong in 2015.[12] In 2015, the Monetary Authority of Singapore launched an initiative named Fintech and Information Group to draw in start-ups from around the world. It pledged to spend $225 million in the fintech sector over the next five years.[13] 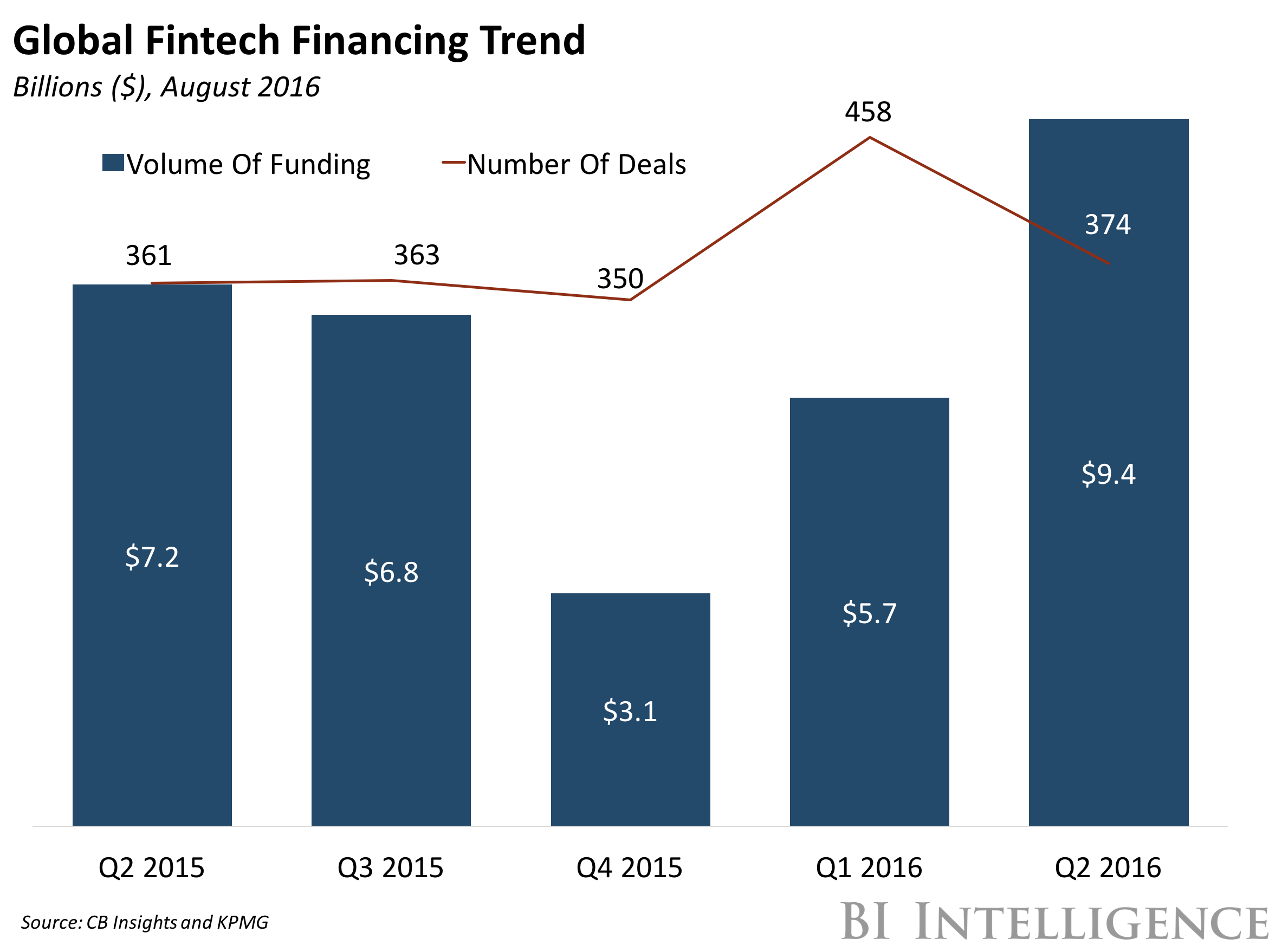 Financial magazine Forbes created a list of the leading disrupters in financial technology for its Forbes 2016 global Fintech 50.[14]

A report published in February 2016 by EY commissioned by the UK Treasury compared seven leading FinTech hubs. It ranked California first for ‘talent’ and ‘capital’, the United Kingdom first for ‘government policy’ and New York City first for ‘demand’.[15]

Finance is seen as one of the industries most vulnerable to disruption by software because financial services, much like publishing, are made of information rather than concrete goods. In particular blockchains have the potential to reduce the cost of transacting in a financial system.[16] While finance has been shielded by regulation until now, and weathered the dot-com boom without major upheaval, a new wave of startups is increasingly “disaggregating” global banks.[17] However, aggressive enforcement of the Bank Secrecy Act and money transmission regulations represents an ongoing threat to FinTech companies.[18]

In addition to established competitors, FinTech companies often face doubts from financial regulators like issuing banks and the Federal Government.[19]

Data security is another issue regulators are concerned about because of the threat of hacking as well as the need to protect sensitive consumer and corporate financial data.[20][21] Leading global Fintech companies are proactively turning to cloud technology to meet increasingly stringent compliance regulations.[22]

Any data breach, no matter how small, can result in direct liability to a company (see the Gramm–Leach–Bliley Act)[25] and ruin a FinTech company’s reputation.[26]

The online financial sector is also an increasing target of distributed denial of service extortion attacks.[27][28]

Marketing is another challenge for most FinTech companies as they are often outspent by larger rivals.[29]

This security challenge is also faced by historical bank companies since they do offer Internet connected customer services.[30]

2 Replies to “Fintech (according Wikipedia)”

This site uses Akismet to reduce spam. Learn how your comment data is processed.